A new home for MPavilion 2014 designed by Sean Godsell Architects 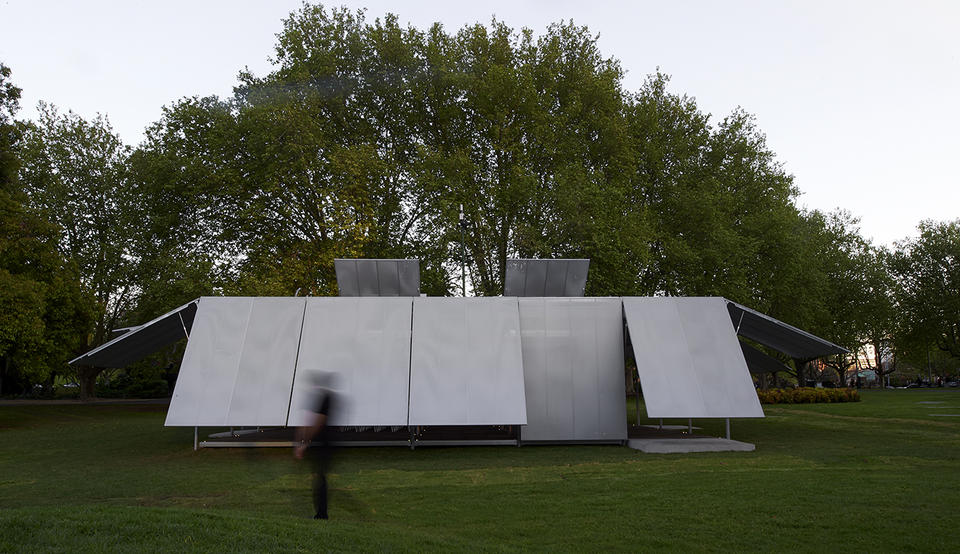 Sean Godsell’s inaugural MPavilion has a new, permanent address! A gift to the City of Melbourne, the fully automated, blossoming structure will now live on in the gardens at William Street’s Hellenic Museum.

The site itself has a rich history—having played host to public cricket matches and bazaars before being earmarked as the location for Melbourne’s branch of the British Royal Mint. Constructed in 1869 and designed by architect JJ Clark, this heritage-listed building now houses the Hellenic Museum’s extensive permanent collection and a regular program of contemporary exhibitions, music and film celebrating the heritage of ancient and modern Greece.

Sean’s MPavilion will be re-built in the museum’s courtyard to house a year-round program of exhibitions and cultural events.

It’s not every day you hear of an entire building being moved, but each MPavilion will shift to a permanent Melbourne home after its season in the Queen Victoria Gardens.

Speaking about the new site, Lord Mayor Robert Doyle said: “The City of Melbourne is thrilled to be working with the Naomi Milgrom Foundation and is delighted to receive the inaugural Sean Godsell designed MPavilion as a gift to the City of Melbourne. Moving the pavilions to permanent sites around the city creates a valuable ongoing legacy of contemporary architecture for residents and visitors to enjoy for years to come.”