Dan Koop is an artist and producer based in Melbourne. He makes performance works in unusual and public spaces – such as working laundrettes, a vintage caravan and a pimped-out shopping trolley – that engage audiences to become participants. Dan has worked for contemporary multi-artform venues and festivals including Live Art Development Agency, Glastonbury Festival, Edinburgh Fringe and Next Wave Festival. He was awarded a Melbourne Greenroom Award for Outstanding Production for his live public artwork at Next Wave, The Stream / The Boat / The Shore / The Bridge. He has also presented this work at the 2013 Junction Arts Festival, Launceston and showcased at the 2014 Australian Performing Arts Market, Brisbane. Presently he is working on 360º, a commission for Arts House’s Going Nowhere program that will premiere simultaneously in Australia and the UK. 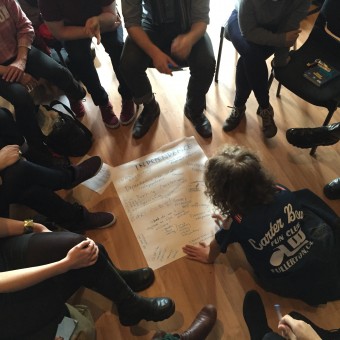