MPavilion 2015 gifted to the City of Melbourne 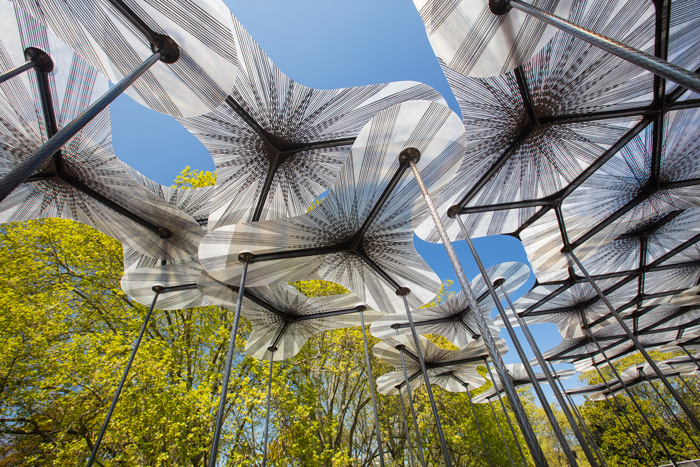 Now that MPavilion’s 2015/2016 cultural program and kiosk offering has officially drawn to a close, the pavilion has been gifted to the City of Melbourne by the Naomi Milgrom Foundation.

Under the care of the City of Melbourne, AL_A’s inspiring, forest-like structure will stay in the Queen Victoria Gardens until late February before moving to its new home—a permanent, inner-city location not too far away.

As each MPavilion commission is handed on to the people of Melbourne, it joins a growing family of architectural masterpieces to be enjoyed for years to come.

Thanks to all who visited and supported our second annual architectural commission, and especially to Amanda Levete and her team at AL_A, along with collaborators mouldCAM, Kane Constructions and Arup, who together pushed technological boundaries to bring the MPavilion 2015 vision to life.

We look forward to seeing you in the gardens for another season of free talks, walks, performances, discussions and workshops when the third MPavilion—to be designed by Bijoy Jain of Studio Mumbai—is unveiled in October 2016. Stay tuned to our Facebook, Twitter and Instagram for program updates!