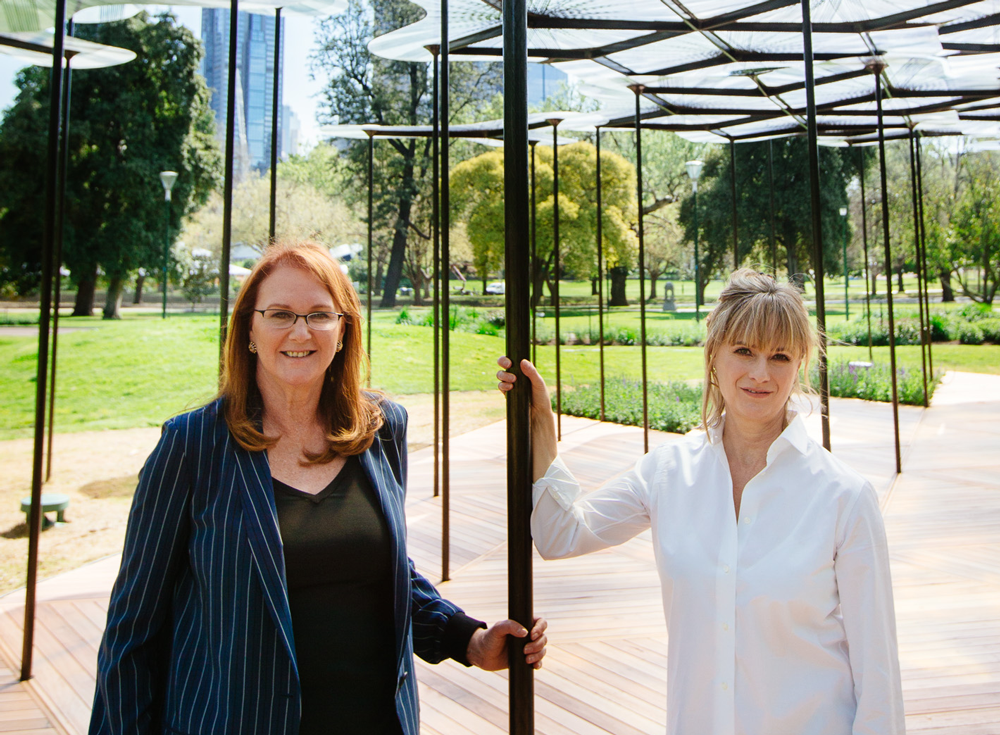 “By commissioning these four pavilions I thought we had an opportunity to show the people of Melbourne how different each one of those expressions could be. And how exciting it could be to be involved with design and architecture.”

Speaking at the launch of Amanda Levete’s 2015 MPavilion, founding patron Naomi Milgrom talks about her vision for the project, and the global connections forged in 2015 – with AL_A, as well as with London Design Festival and Google Creative Lab through Ben Evans’s 25XDesign initiative.