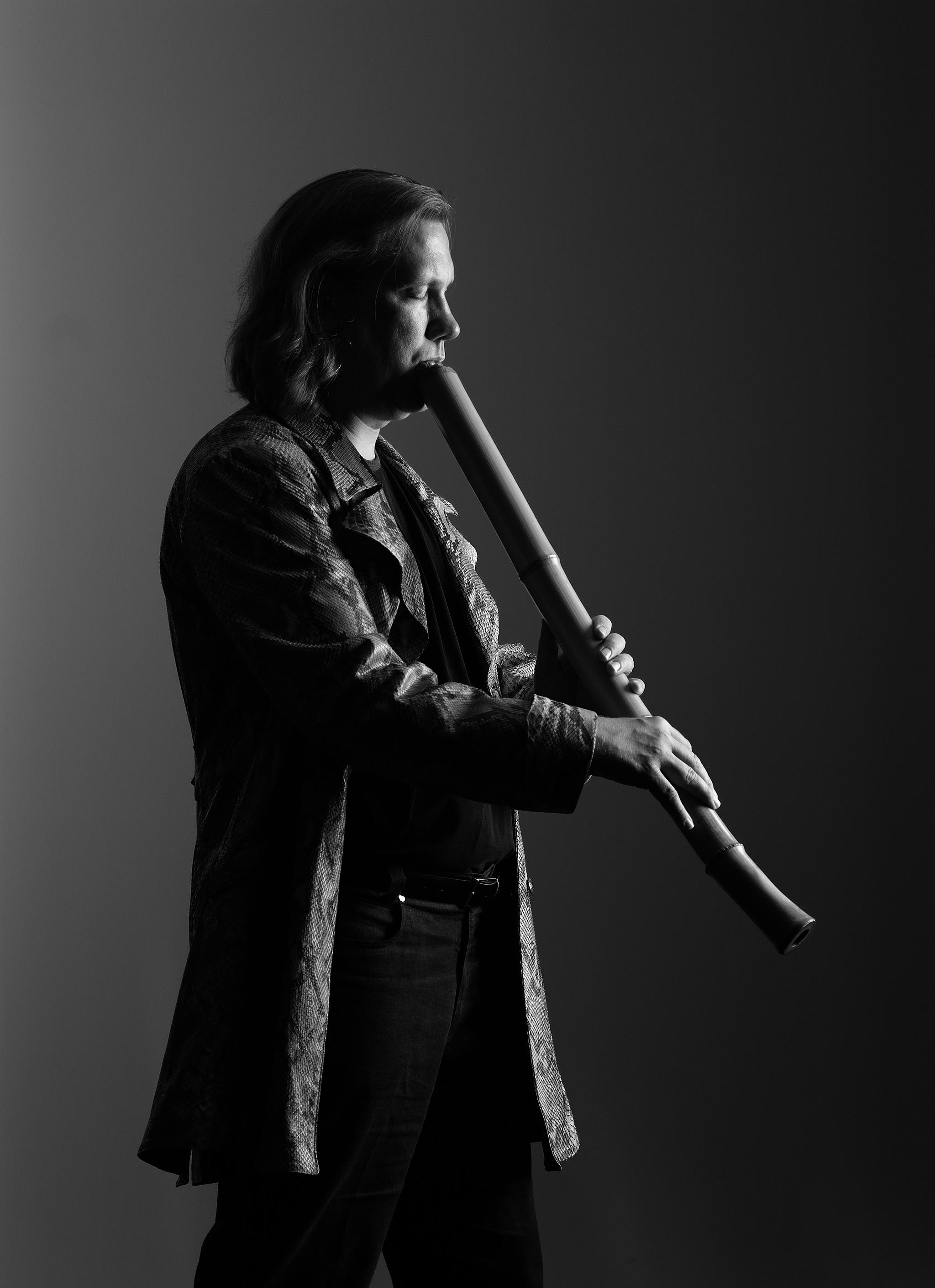 Brian Ritchie is a musician and music curator, born in Wisconsin, USA, and now living down in Hobart, Tasmania. While best known as the bassist of (the recently reunited) Violent Femmes, he’s gone on tour with Italian punk/folk band the Zen Circus, and in 2010 he and his bass travelled around with Australian surf instrumental band the Break—made up of ex–Midnight Oil members Rob Hirst, Jim Moginie and Martin Rotsey. Brian is also a licensed teacher and performer in the Kinko lineage of shakuhachi, or Japanese bamboo flute; his professional name is ‘Tairaku’, which means ‘big music’. And since 2009, he has curated the Mona Foma festival at MONA (Museum of Old and New Art) in his now-hometown of Hobart, and he remains the museum’s music curator.