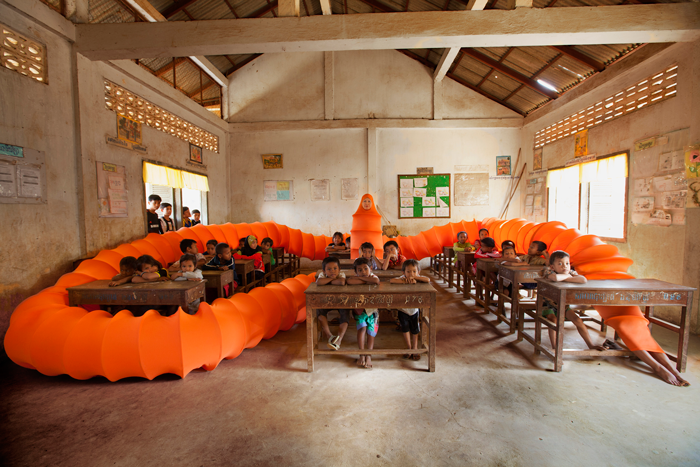 Following her curious, caterpillar-like performances as The Buddhist Bug on opening weekend of the eighth Asia Pacific Triennial (APT8) at QAGOMA in Brisbane, Cambodian artist Anida Yoeu Ali comes to MPavilion for an in-depth discussion with Sarah Bond, director of visual arts at Asialink Arts. Join us as Anida discusses her interdisciplinary practice—and, specifically, illuminates us about her APT8-commissioned works as ‘the bug’, an ongoing project that embodies ideas of otherness and hybridity, and highlights the transformation and renewal Anida sees in Cambodia’s changing rural and metropolitan landscapes. Pack a picnic lunch—or pick one up from the Kiosk—as Anida and Sarah delve into the realm of contemporary art practice in Cambodia and beyond.

‘Anida Yoeu Ali in conversation’ is made possible by the following event partners: APT8, Pegasos5 and Asialink Arts. 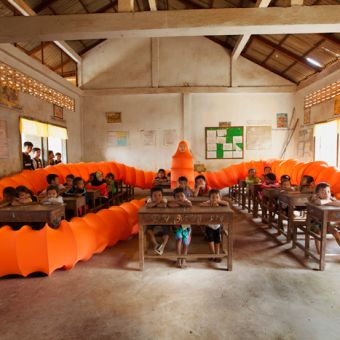