William L Fox, ‘Into the Anthroposcenic’ at NGV International

“It’s extraordinary how a single species could have such an effect on the whole planet.” —Dr Jan Zalasiewicz as quoted in ‘An epoch in the making’, BBC News, 2008

In 2000, while seated among peers at a scientific conference, Dutch chemist and Nobel laureate Paul Crutzen proposed (in a moment of apparent frustration) the term ‘Anthropocene’—a concept for the post-Holocene time period we live in that denotes humankind’s ever-increasing influence, and imprint, on planet Earth. While consensus about the geologic epoch (and its starting point) remains unofficial, the term and its concept have entered our collective conscious through scientific and popular literature, philosophy and art.

What, then, do we call its cultural corollary? In this special address at NGV International’s Clemenger Auditorium, and following his lunchtime discussion with Guy Abrahams at MPavilion, William L Fox—director of the Center for Art + Environment in Reno, Nevada—will discuss the ‘Anthroposcenic’, this era in which we re-evaluate our understanding of nature and culture, and trace how, by blending wild and urban landscapes, artists and architects are shaping the most important global debate of the early twenty-first century: not whether we should geoengineer the planet, but how we should change the ways in which we are already doing it. We hope you can join us as William reframes the discourse about this transformative cultural epoch and, in turn, shines a spot on how we, as humans, transform land into landscape.

Doors open at 6pm for a 6.15pm start, and the talk is free—but bookings are essential. Click the link above to book your seat.

Presented by CLIMARTE in association with the Hugh Williamson Foundation, the John Truscott Design Foundation, MPavilion and the NGV. 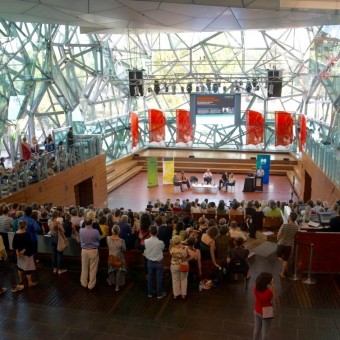 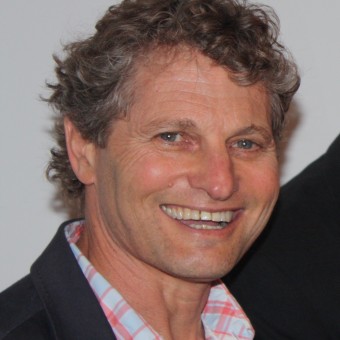 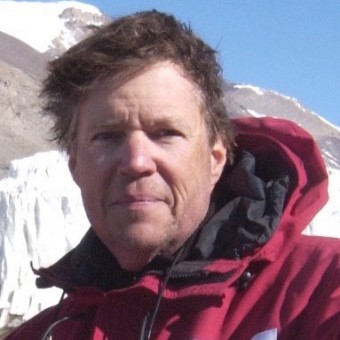